Talk data to me: How businesses are using insights to be more human

Businesses are ‘communicating’ but they aren’t talking. They’re sending out updates and blogs and emails and endless, endless social media messages, but they aren’t having a two-way conversation. They’re speaking, but aren’t listening, and worse, they aren’t appropriately acting on what they’re being told.

Let me show you what I mean.

As an account director at Perceptive, I’ve noticed a trend: customers are saying they aren’t being spoken to like people. They aren’t having a conversation with businesses, they are having ‘communications’.

Here’s the difference: in conversations, customers have:

In impersonal communications, the opposite is true. There is no guidance from the customer. The messages they get are often irrelevant to them, their needs and complaints and suggestions either unheard or unactioned. It’s really quite sterile.

This would be bad enough for regular customers, but the real damage occurs when it affects already existing detractors: the people who have made the effort to let a business know its faults. They don’t get a follow-up or a thank you, no “sorry for your trouble” or even a reference to what they complained about.

When people feel like they’re just another ticked box, they stop engaging and find someone who puts in the effort to speak more ‘humanly’.

When people feel like they’re just another ticked box, they stop engaging and find someone who puts in the effort to speak more ‘humanly’. On the way out the metaphorical door, they’re likely to let friends, family and coworkers know about their less-than-stellar experience and suddenly, it’s not just that one detractor you’ve lost: it’s their immediate contacts as well.

The key to solving this dilemma? Customer data.

The irony of ‘customer data’

A lot of people think that ‘customer data’ involves taking people’s spending habits and figuring out how to squeeze more money out of them, twirling a villainous moustache all the while. But customer data simply allows you to understand who your customers are and what they need from you.

You're not just gathering information for the sake of it. You're collecting comments, scores and feedback so you can better serve your client base. It lets you understand what your detractors are saying both as a group and as an individual, and how you can best resolve those issues and better inform your outreach. It’s about taking the ‘numbers’ of customer data and translating them into comms that actually resonates with that specific customer and treats them like a human.

Companies are investing more and more in ‘save teams’ or ‘outreach teams’ or even a single person in the company whose job it is to reach out to detractors.

Companies are investing more and more in ‘save teams’ or ‘outreach teams’ or even a single person in the company whose job it is to reach out to detractors. The outreach teams use the information they’ve gathered to craft one-on-one, personalised messages to send out to those at-risk customers—messages that feature offers, updates and information that they want, and at a time when they will be most receptive.

In essence, these teams are using the data from the voice of the customer to actually speak with people; talking with them rather than at them.

The customer as your compass

This is the battlefield of the future. Customers are calling out for you to get human—and when you speak humanly, you’re speaking strategically. It’s time to stop ‘communicating’ and start talking. 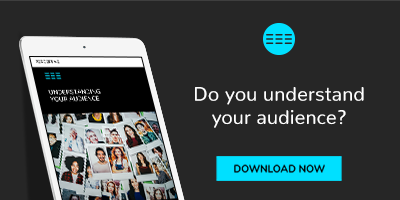 5 steps to implement a well-being programme